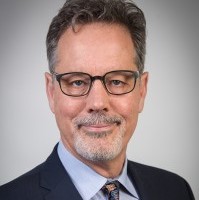 The wartime Espionage and Sedition Acts (1917, 1918) used by the federal and state governments to silence and prosecute anti-war opinion is now understood as a civil liberties disaster. A less known part of this story is that federal Customs and Postal officials also scoured the mails to restrict obscene materials and publications, under the authority of the 1873 Comstock Act. The obscenity laws restricted literary publications with sexual themes and information about birth control and sexuality in general. These laws enforcing patriotic and sexual purity were almost without exception upheld by the courts. In the war’s aftermath, a greater commitment to protecting freedom of speech and press gained momentum among civil liberties groups, in law schools, and slowly in the federal courts. This goal of upholding the 1st Amendment’s free speech and press ideals also paralleled an anti-censorship movement in the realms of literature and the arts and sexual information.  Activists, lawyers, writers, and publishers fought to protect literary expression and information about sexuality and contraception. This talk will explore the history of the wartime crackdown on political dissent and sexual impurity and the development of the parallel civil liberties traditions that resulted.

Image: “Now for a Round-up,” by W.A. Rogers, from the Library of Congress, Prints and Photographs Division

Dr. Patty Sotirin Talk on November 6, doors open 6pm, talk begins 6:15 Carnegie Museum, Houghton “Copper Country Mothers” Copper Country mothers of sons in military service were critical figures in this area’s participation in the Great War. For these mothers, the war was a