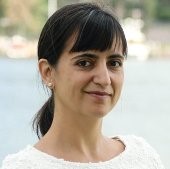 World War I called for broad public participation through multiple avenues: joining the military, buying liberty bonds or war stamps, conserving food, taking up a public job. Everyone was expected to do their part and the impact of the war was felt throughout all aspects of society. The propaganda posters of the war reflect this mass mobilization effort. A closer look at the posters reveals patterns of representations of men, women, and children that tie into changing norms of social propriety.

Dr. Patty Sotirin Talk on November 6, doors open 6pm, talk begins 6:15 Carnegie Museum, Houghton “Copper Country Mothers” Copper Country mothers of sons in military service were critical figures in this area’s participation in the Great War. For these mothers, the war was a